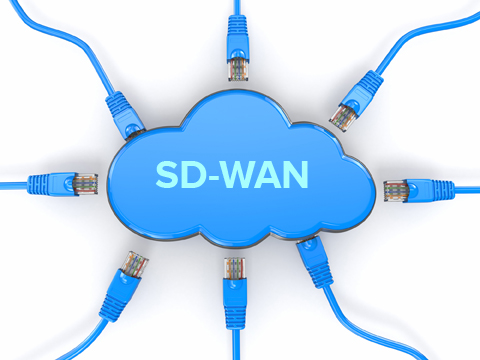 Wouldn't it be great if the internet was faster, never went down, and you could save money. That's pretty much the key value benefits of SD Wan.

Right now we the ISP providers are in bandwidth wars – the old ADSL speeds of 6 meg down and 1 meg up are being quickly being blown away, the old Coaxial cable internet speeds are being blown away as well. It’s not uncommon now to get a Telus Pure Fibre internet connection with 150 meg down, 150 meg up for about the same price as those previous ADSL connections. It’s also not uncommon to now get a Shaw Coax connection several times faster than the old plan at the same or a lower monthly price. Shaw has changed a number of the plans and now most customers are getting 300 meg down and 20 meg up for prices that only a few months ago would have been a plan half as fast or a quarter as fast. Moving that forward there are now Coax plans with Gigabit speeds and every step along the way that Shaw moves, Telus counters, and every step that Telus makes Shaw counters with an faster speed.

The bandwidth wars are great as it now allows those two connections to scale to a speed and reliability that would have cost outrageously more only a few months ago. Dedicated Fibre is $800 - $1500 or more per month – the value of the speeds we can now get with SD Wan technology make dedicated fibre Internet not nearly as attractive as SD Wan can provide a similar solution for a fraction of the monthly spend.

Layer in SIP trunks or Hosted voice, reduce the phone line pricing, get packages with unlimited Continental North American Long Distance and you have a scenario that seems too good to be true – but it really isn’t – it’s actually the new reality.

The game has changed – SD Wan is the new kid in town – it makes sense for almost every business. When you look at the improved Internet security of a new Firewall the decisions is really easy – we need this technology yesterday!!!

Ask us about SD Wan and what it can mean for your organization.

2020 [3]
April [1]
NATGisIT – Managed Workplace – RMM Software – Remote Monitoring and Management
January [2]
Out with the Old and In with the New: Changing Competitive Landscapes of Telephony   The Nicky Nicky Nine Doors of Internet Security
2019 [8]
November [1]
Key aspects to consider when choosing an IT Managed Service Provider
October [2]
What is Structured Data Cabling?   Get Smart - Get SIP
September [2]
Why they are really Network Cameras as opposed to Security Cameras   What a Good Quality Internet Router / Firewall does for your business
July [1]
Improved Internet Reliability and Cost Savings via SD Wan Made Simple.
June [2]
Hotel Technology Specialists   What's New
2018 [4]
May [1]
NATG recognized as a Silver level Hikvision Partner
April [1]
NATG Test SIP Circuit
January [2]
Fibre, Fiber, Fibre   Lights Camera Action
2017 [7]
July [1]
Can you hear me now - cell boosters
June [2]
Need a new telephone system fast we can help   Reliable wifi
May [2]
National Rollout   Demarc Extension
April [1]
Telco Bill Review
January [1]
SIP Reduced Line Costs and More Features
2016 [1]
February [1]
2016 BC Summer Games
2015 [1]
August [1]
Should we go VoIP? What is it? Why is everyone recommending it?
2014 [1]
August [1]
Our First Blog!